AN EPIC SHIFT
It's begun. A radical change in how we live. A fundamental shift in how we interact with the world, and how the world reacts to us.

We knew it was coming. The future was shown to us in splendid detail in movies and novels. And yet as the shift began to move from fiction to reality, we've ignored the signs all around us of the coming change. But a change this massive can't be ignored for long.

Like plates of the earth's crust colliding to push mountain ranges skyward, market forces have collided and the epic transformation that brings is upon us:
"The [] opportunity is huge. It's bigger than the smartphone market today, and it's going to have a major impact on the economy and how we live."
Tyson Tuttle, CEO Silicon Labs
Apple (AAPL), Google (GOOGL), Amazon (AMZN), and Microsoft (MSFT) see the coming change too - all four companies are racing to control its future. And, critical to us, we've found the surprising company one tenth their size that may win out over all of them.

NEW REALITIES
Traffic is moving quickly today and you haven't finished your sleep cycle, so your home monitoring adds 15 minutes to your alarm. You're breakfast shifts with your alarm and your first meal is finished moments after you rise from bed - a breakfast with a little extra salt and an extra half banana after your longer gym session yesterday depleted your sodium and potassium levels.

Your car has pulled out of the garage to meet you, and your phone lets you know the rear differential was showing signs of wear and was been replaced while you slept. The front display monitor in your car is ready with a list of news, sports highlights, and market summaries for your current portfolio. You put your feet up and flip through the video content as you are driven to work by your car.

This is the new reality, and it's closer than you think.

GOING MAINSTREAM
All technologies have an adoption curve. They start as novelties for enthusiasts, before becoming useful enough for the most tech savvy "early adopters" to pay top dollar to have them. Most first versions of technologies die here, too expensive, too hard to use, too buggy, not useful enough to become huge successes. This is the technology adoption curve, and it has critical things to tell us about the future: The glitchy, voice activated electronics we remember at malls and in mail-order catalogues are gone. Those much hyped, early prototypes fell into the chasm. And now - like electric cars, 3D printers, and other once fanciful futuristic devices - versions 2 and 3 of these technologies have crossed the "chasm" and are going mainstream.

The results will be disruption and innovation on a scale that can only be compared to the most revolutionary technologies of the modern era: the car, the plane, the phone, the computer, the internet.

And the stakes are huge.

THE PRIZE
The market for the myriad of devices that have come to be called the "Internet of Things", IoT, is exploding. Sales of connected devices are already 3 quarters of a trillion dollars, but it's the future that's most shocking of all:

The biggest and most successful technology companies in the world are pouring resources into this field. To understand the trend, we must understand the players.

And once we know the players, we can find the company best positioned to rocket higher with this trend. $12 billion per quarter in profits. A sum that many public companies would aspire to have their entire business valued at, Apple makes as profit in a quarter - more than twice as much as second place.

60% of that windfall comes from the iPhone, and Apple is leveraging those cash flows to innovate in the biggest technological trends of the future. They are injecting massive sums into a spectrum of technologies, and not only are they investing billions, but the rate at which Apple is investing is accelerating. CML Pro will show us just how big their technological bet has become:

Apple sees the changing technological landscape as well as any company, and they've responded in decisive fashion. In addition to the huge R&D investment, Apple is creating whole new product lines.

Apple Watch is already outperforming the iPhone at this stage in its lifecycle, and that's just the beginning. Apple HomeKit lets users control lights, thermostats, volumes, playlists, and countless other functions. And that's before we consider that the central electronic device in the home is the TV. Ever more of those TVs will be Apple TVs with Apple branded content streaming through them.

Next to factor in is the Apple Car, anticipated by 2019. Today's cars are already dominated with sensors and electronic devices, and we've only seen the tip of the iceberg.

There's more. Apple wants stores to be able to notify you of the products on their shelves as you walk by. How do we know they're planning this? We read their patents:
"Customer service application for a portable electronic device"
Once the user is deemed to be within the service area of the store, the store host server computer can start sending information about various products, serv[ices], events, or workshops offered by the store.
Patent: WO2012162261A4

As the Internet-of-Things (IoT) landscape heats up, Apple is tremendously positioned to lead the charge of connecting people with a new fleet of futuristic devices.

It's hard to believe, but there's a different company we think will rise even more from this trend.

GOOGLE ATTACKS
Google is attacking on all fronts in the IoT space: Wearables, Connected Home, Robotics, and Automotive. They catapulted their efforts forward with the $3 billion acquisition of smart thermostat company Nest: TechRepublic reports that Google has quietly bought 9 different robotics companies and is attacking specific industry verticals while keeping an eye on the broader "horizontal" platform opportunities.

Android.com/wear/ already boasts more than 9 smart watches from a variety of manufacturers including Sony, Motorola, Asus, Fossil, and more.

All told, Google is moving extremely aggressively into this space, but it isn't Google, either, that we think will profit most from IoT.

MICROSOFT BETS BIG
Microsoft has launched a strategy to be the platform for IoT devices with its Azure IoT push: 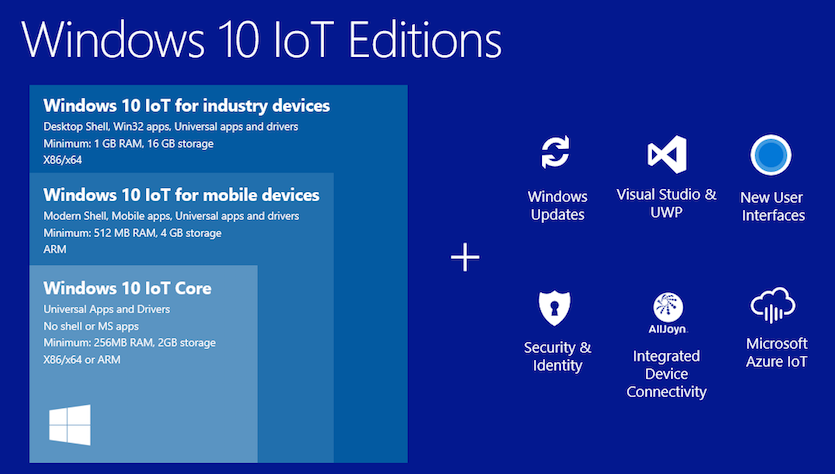 Microsoft hopes repeat its success during the 80s to become the dominant platform for a new wave of technology that is in critical need of a normalized way of interacting with the devices. In the 80s and 90s it was hard drives, graphics cards, and soundboards. If Microsoft can make interacting with entertainment centers and health monitoring wrist bands just as easy, they could do extremely well from this coming boom.

And while we think Microsoft has good chances of profiting handsomely from the new technological wave, there's a different company we think will do even better.

AMAZON DIVES IN
Amazon is battling with Microsoft over more than their competing cloud platforms. Like Microsoft, Amazon launched their own IoT platform. Not only that, they did 3 major things right:
Buying the young tech company 2lemetry was likely a big part of their great jump start into IoT.

But it isn't Amazon, either, in the critical position to rocket upwards with this trend.

THE REAL WINNER
Most surprising of all is that there is a mid-sized technology company based in the US and trading on the NASDAQ that is positioned to be the biggest winner out of all of these companies. They could well make a huge portion of the profits in an industry forecasted to hit $1.7 trillion annually by 2020. This company is one of our few "Top Picks" for 2016. To find out which company we think will be the true winner in the massive Internet-of-Things trend, join us at CML Pro and get the full research dossier.

WHY THIS MATTERS
The Internet-of-Things is a massive trend that will change much of how we live. While our research pieces provide in-depth coverage of who is likely to dominate this theme, this is only one of CML Pro's precious 'Top Picks.' To find the 'next Apple' or 'next Google' we have to get ahead of the curve. This is what CML Pro does.

Each company in our 'Top Picks' is the single winner we see in an exploding thematic shift like artificial intelligence, Internet of Things, drones, biotech and more. In fact, here's one more of the trends that will radically affect the future that CML Pro is ahead of: Virtual Reality.

Virtual and Augmented Reality are projected to hit $170 billion by 2020. Market correction or not, recession or not, the growth in this area is a near certainty. Even if projections come down, this is happening. CML Pro has named the single best virtual reality stock to benefit from this theme.

These are just two of the themes we have identified and this is just one of the fantastic reports CML Pro members get along with all the visual tools, the precious thematic top picks for 2016, research dossiers and alerts. For a limited time we are offering CML Pro at a 90% discount for $10/mo with a lifetime guaranteed rate. Join Us: Get the most advanced premium research delivered to your inbox along with access to visual tools and data that until now has only been made available to the top 1%.


Please read the legal disclaimers below and as always, remember, we are not making a recommendation or soliciting a sale or purchase of any security ever. We are not licensed to do so, and we wouldn’t do it even if we were. We’re sharing my opinions, and provide you the power to be knowledgeable to make your own decisions.