Google is Getting Cozy with Apple and It's Serious 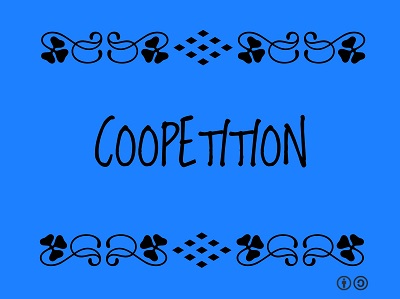 GOOGLE COZIES UP TO APPLE

PREFACE
Google just (quietly) announced it has created a new app for iPhone users that expands its Google Search ecosystem. But the news goes further than that. First, a step back:

As we wrote earlier today, Google (and Facebook) does face a frightening threat from Apple in general, and ad blocking software in particular.

In response to that rather disturbing trend, Google is exploring the creation of an "acceptable ads policy." This would be an attempt to create an industry-standard for online ad formats and that format would be "illegal to block."


“
There needs to be more of a sustainable ad standard that we voluntarily define, and things in that standard should not get blocked.

I think this is essential to us all for survival.
”
Source: Yahoo! Finance

That was step one for Google. Step two appears to be a cozying up to Apple (NASDAQ:AAPL). This news just broke from the official Google blog:


BREAKING
Google is warming up to Apple, in particular its iPhone, which is a major revenue driver for advertising dollars. What better way to appease Apple than to do this:


“
iPhone users—this one's for you. Meet Gboard, a new app for your iPhone that lets you search and send information, GIFs, emojis and more, right from your keyboard.
”

And then the company shared this photo: 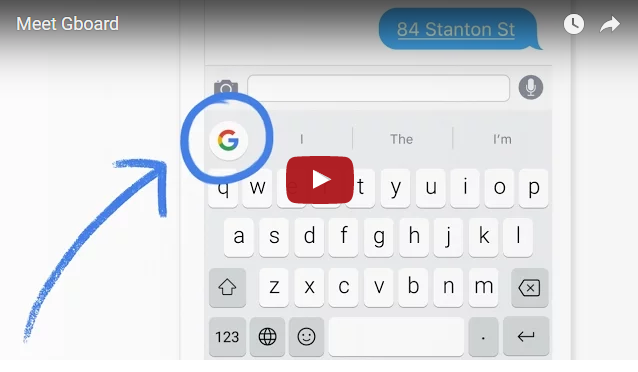 Now there's one thing to note and it's impossible to ignore:

This app is not available for Android.

Yes, that's right, Gboard has been made available for iOS (the iPhone) first, before Google's own Android operating system.

As for what it does, here's a quick recap:


“
Anything you'd search on Google, you can search with Gboard. Results appear as cards with the key information front and center, such as the phone number, ratings and hours.

With one tap, you can send it to your friend and you keep the conversation going.
”
Source: Official Google Blog

Gboard works in any app-messaging, email, YouTube-so you can use it anywhere on your phone.

BOTTOM LINE
As we said at the top -- Google is playing nice with iPhone owners to both expand its search ecosystem, but perhaps more importantly, to protect its existing ecosystem and advertising money flow, which represents about 80% of the company's revenue in total.

This isn't market moving news, but in many ways it's this news that really matters. By the time it gets to the mainstream media, it's too late to react or analyze. This action from Google isn't the end-all be-all, but it isn't trivial. This is a calculating, brilliant, methodical company, and playing nice with Apple, especially its iPhone, is not an accident.

WHY THIS MATTERS
There's so much going on with these tech giants that it's impossible to cover in one report but you have to be aware of the trickling news, the hidden announcements in order to really understand the landscape. Then, to take it even a step further and to find the 'next Google' or 'next Apple' we have to get ahead of the curve. This is what CML Pro does. Our research sits side-by-side with Goldman Sachs, Morgan Stanley and the rest on professional terminals, but we are the anti-institution and break the information monopoly that the top .1% have.

That chart plots the growth in 4G usage worldwide and how it will grow from 330 million people today to nearly 2 billion in five years. This is the lifeblood fueling every IoT and mobile device on the planet and CML Pro has named the single winner that will power this transformation. Then there's cyber security: